You are here: Home > About > Consortium > Albert-Ludwigs-Universität Freiburg (ALU-FR) 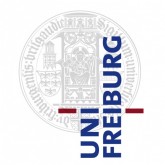 in 1457, the University of Freiburg is one of the oldest German universities and is now one of the nation’s leading research and teaching institutions as evidenced by its elite status among the nine German Universities of Excellence and its membership in the League of European Research Universities. It actively fosters interdisciplinary research, and it is one of the few universities offering world class research environments in classical as well as in modern disciplines. The university actively promotes international exchange, which is facilitated by its central location in Europe and its proximity to Switzerland and France. ALU is participating in FunDivEUROPE through the Faculty of Biology (Geobotany and Experimental Vegetation Science) and the Faculty of Forest and Environmental Sciences (Silviculture). The involved groups work on the effects of ecosystem change in diversity and structure on fundamental ecological processes and the delivery of ecosystem services. We are or were involved in major biodiversity experiments in Europe and overseas, e.g. BIODEPTH (FP5) and THE JENA EXPERIMENT, the German Biodiversity Exploratories and the Biodiversity and Ecosystem Functioning project in China (all funded by the German Research Foundation), and are members of European projects, such as BACCARA (FP7) and relevant COST Actions (E 38, 639, FP0703).